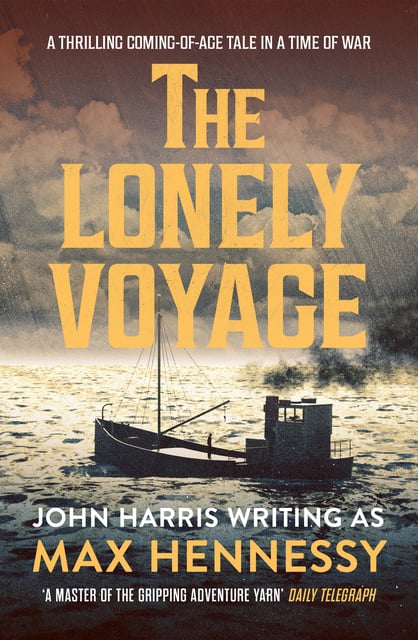 The gripping tale of one boy’s journey into manhood… and towards war.

Jess Ferigo, a young man with few prospects other than growing old in the same town he has always known, dreams of a life at sea, much to the ire of his family.

Making the tough decision to leave his old life behind, he takes up a position in charge of poaching on a battered trawler, accompanied by Pat Fee and Old Boxer, a wreck of an educated man who redeems Jess.

As he leaves his boyhood behind, bitter years are followed by the Second World War where Old Boxer and Jess make a poignant rescue on the sand dunes of Dunkirk. After years of searching, finally Jess Ferigo's lonely voyage is over.

The Lonely Voyage is John Harris' first novel – a graphic, moving tale of the sea from an author who understands a sailor’s life in wartime like few others, perfect for fans of Alexander Fullerton, David McDine and Alistair MacLean.