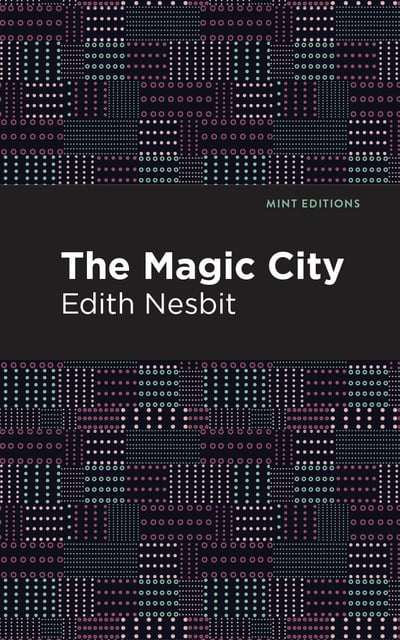 The Magic City (1910) is a children’s fantasy novel by English writer Edith Nesbit. Using elements of magic and mystery familiar to readers of her beloved Bastable and Psammead Trilogies, Nesbit crafts a tale of wonder and adventure for children and adults alike.

Orphaned as a boy, Philip is cared for by his older sister Helen. When she marries and leaves for her honeymoon, Philip is sent to live at a country house known as the Grange with Lucy, his young stepsister. Sullen and out of place, Philip turns to his imagination for comfort, excitement, and adventure. Using whatever he can get his hands on—toys, books, kitchenware—Philip builds a city and invents for himself a fictional world he calls Polistarchia, which contains the city of Polistopolis, the Land of the Dwellers by the Sea, the Island, and the northern kingdom of Somnolentia. As he adds more and more to his city and the surrounding landscape, Philip is magically transported into the world of his creation. Discovered by soldiers, he learns of the fated arrival of two figures—the Deliverer and the Destroyer—and is told that by proving himself through a series of tasks, he will be named Deliverer of the realm. When Lucy arrives, however, he is forced to learn that sharing, though difficult, proves rewarding in the end. The Magic City is a timeless masterpiece of children’s fiction with a powerful message on grief, loneliness, and friendship.

With a beautifully designed cover and professionally typeset manuscript, this edition of Edith Nesbit’s The Magic City is a classic of English children’s literature reimagined for modern readers.