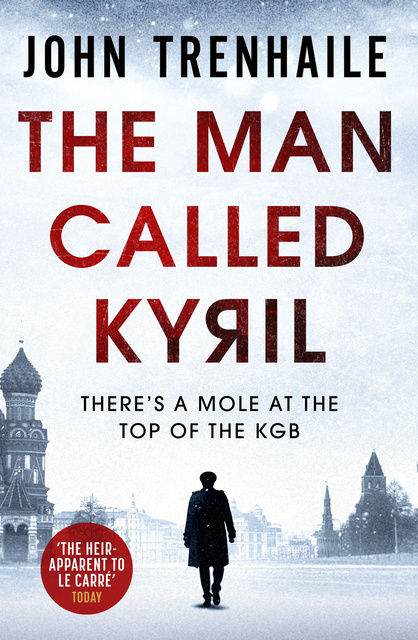 There’s a mole at the top of the KGB…

A double agent is leaking crucial Soviet secrets to London from the heart of Moscow. He must be stopped before the leak becomes a full, raging meltdown.

The KGB director turns to Ivan Bucharensky – codename Kyril – to smoke him out.

Kyril becomes live bait for both sides. The British think he’s a double agent. The Russians in London know Kyril must die. The mole thinks Kyril suspects his identity.

Hunted by East and West, only when the last traitor dies will Kyril know who’s won the deadliest game ever played…

A classic Cold War espionage mole hunt from ‘the heir-apparent to le Carré’ (Today) lovingly reissued for a new audience with a brand new afterword from the author. Perfect for fans of Alan Furst, John le Carré and Martin Cruz Smith.

Praise for The Man Called Kyril