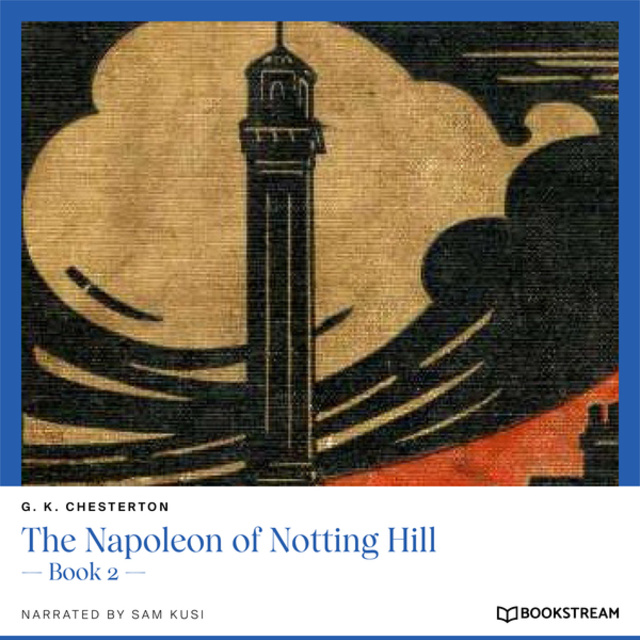 In a London of the future, the drudgery of capitalism and bureaucracy have worn the human spirit down to the point where it can barely stand. When a pint-sized clerk named Auberon Quinn is randomly selected as head of state, he decides to turn London into a medieval carnival for his own amusement. One man, Adam Wayne, takes the new order of things seriously, organizing a Notting Hill army to fight invaders from other neighborhoods. At first his project baffles everyone, but eventually his dedication proves infectious, with delightful results. First published in 1904, The Napoleon of Notting Hill was Chesterton's first novel. It has been called the best first novel by any author in the twentieth century. Newly designed and typeset by Waking Lion Press.
THE NAPOLEON OF NOTTING HILL BOOK 2: Lambert was standing bewildered outside the door of the King's apartments amid the scurry of astonishment and ridicule. He was just
passing out into the street, in a dazed manner, when James Barker dashed by him. 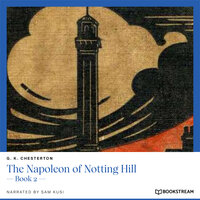