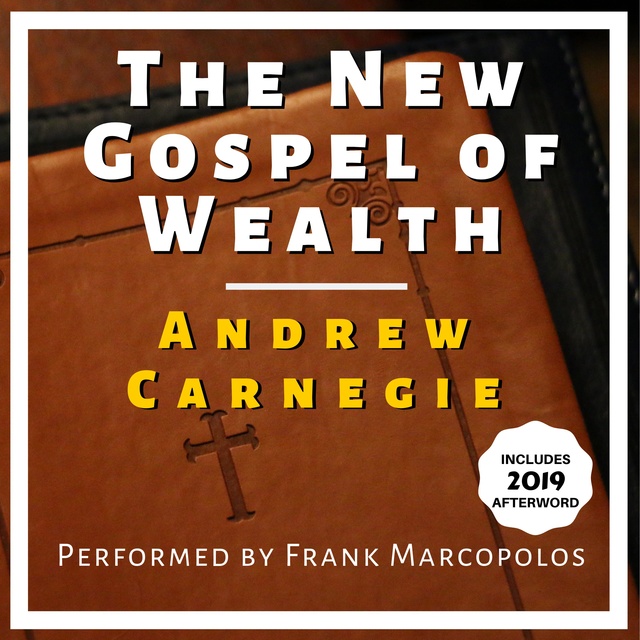 The New Gospel of Wealth

The New Gospel of Wealth

This is the classic work on the best ways to distribute surplus wealth throughout the community by American businessman Andrew Carnegie, with a 2019 afterword to address issues that have arisen since Mr. Carnegie's time.

Andrew Carnegie (1835-1919) was a Scottish-American industrialist, business magnate, and philanthropist. Carnegie's most prominent business was the expansion of the American steel industry. Carnegie Mellon University (Pittsburgh), Carnegie Hall (New York City), the Carnegie Hero Fund, and Carnegie "units" (university credit-hours) are just some of what remains today of his immense legacy in American and world history.

Frank Marcopolos (1972-) founded "The Whirligig" literary magazine in 1999, which has been called "a landmark, demonstrating the power of the literary underground." One reviewer said that "you get this true lion-roaring sense that Editor Frank Marcopolos knows what he likes, and how to read, and how to publish, and he has guts, and eats insects on Wheaties with bleach." Frank's long-form fiction has been reviewed with such praise as "thorough-goingly entertaining" and "highly readable...recalls the style of Michael Chabon or John Irving. A literary gem that should not be missed." A broadcasting-school graduate, Frank's unique literary-audio work has been featured in movie trailers, scholastic environments, underground mixtapes, and on YouTube, with one of his audiobooks achieving over 100,000 "views" there. He lives in Pittsburgh, PA, without a dog, and records at The Bookquarium Recording Studio. 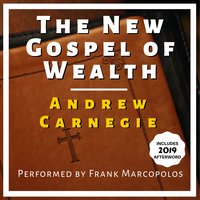