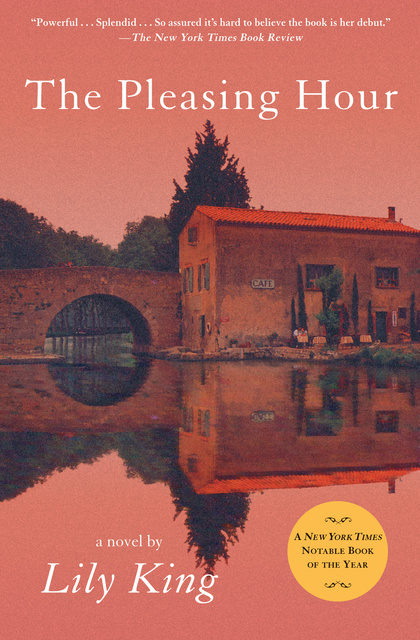 The Pleasing Hour: A Novel

The Pleasing Hour: A Novel

The award-winning novel of a young American girl in France—hailed as “an impressive debut” that is “written with quiet, lyric forcefulness” (Elle).

Young, inexperienced, and fleeing a terrible personal loss, Rosie—the new au pair to the Tivot family estate in France—finds herself ill at ease when trying to connect with Nicole, the cool, distant, and beautifully polished mother of the three children she cares for. There is something about the woman that both fascinates and unnerves Rosie.

The same is true of the rest of the Tivot clan. Nicole’s dissatisfied husband, Marc, and their children all seem to be caught in an unending struggle against each other for love and acceptance. Only when Rosie is sent to care for Nicole’s now-elderly guardian—the storyteller of the family’s secrets—does she finally discover the truth. There, Rosie will learn of a past darkened by war, duplicity, and a tragedy that still resonates in the Tivot’s lives …

With this novel of family, betrayal, and the naïveté of youth, Lily King has spun a story that is “powerful … splendid … [and all] so assured that it’s hard to believe the book itself is her debut” (The New York Times Book Review).