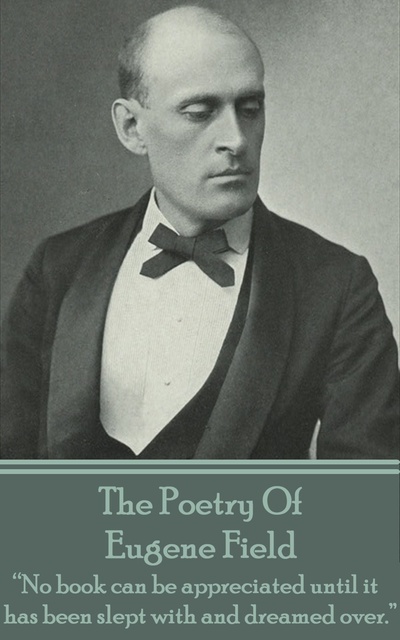 The Poetry Of Eugene Field

The Poetry Of Eugene Field

Eugene Field was born in St Louis Missouri on September 2, 1850. At age 6 Eugene’s mother died and he was raised by his cousin Mary field French in Amherst, Massachusetts. His Father continued to practice law – famously pleading the case of Dred Scott, the slave who sued for his freedom.

In 1875 he set to work as a journalist for the St. Joseph Gazette in Saint Joseph, Missouri. Later that year he married Julia Comstock, with whom he went on to have eight children. All his income henceforth was to be sent to his wife as he believed he had no head for money himself.

Career wise Eugene became the city editor of the Gazette. His light, humorous articles written in a gossipy style, began to be syndicated. As life improved he began to write the poems for which he is so well known starting with "Lovers Lane".

Eugene started to publish his poems in 1879, when his poem "Christmas Treasures" appeared in A Little Book of Western Verse. Over the years twelve volumes of poetry followed and he became well known for his light-hearted poems for children. Success after such a multi faceted start must indeed have been gratifying.

Eugene Field died in Chicago of a heart attack at the tragically early age of 45 on November 4th 1895. He is buried at the Church of the Holy Comforter in Kenilworth, Illinois.