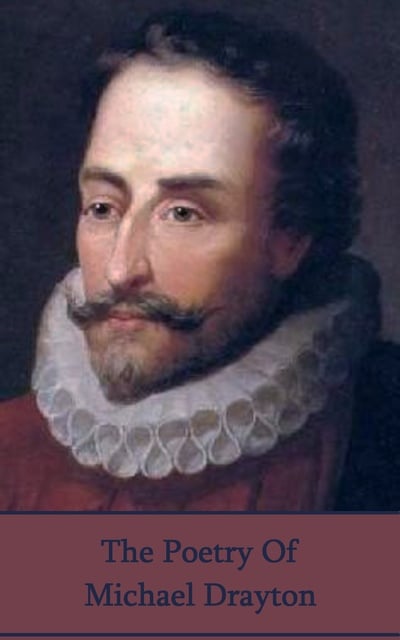 The Poetry of Michael Drayton

The Poetry of Michael Drayton

Poetry is often cited as our greatest use of words. The English language has well over a million of them and poets down the ages seem, at times, to make use of every single one. But often they use them in simple ways to describe anything and everything from landscapes to all aspects of the human condition. Poems can evoke within us an individual response that takes us by surprise; that opens our ears and eyes to very personal feelings.

Forget the idea of classic poetry being somehow dull and boring. It still has life, vibrancy and relevance to our lives today.

This comes to you from Portable Poetry, a dedicated poetry publisher. We believe that poetry should be a part of our everyday lives, uplifting the soul & reaching the parts that other arts can’t. Our range of audiobooks and ebooks cover volumes on some of our greatest poets to anthologies of seasons, months, places and a wide range of themes.

Portable Poetry – Let us join you for the journey.

Michael Drayton was born in 1563 at Hartshill, Warwickshire, England. The facts of his early life remain unknown.

Drayton first published, in 1590, a volume of spiritual poems; The Harmony of the Church. Ironically the Archbishop of Canterbury seized almost the entire edition and had it destroyed.

In 1593 he published Idea: The Shepherd's Garland, 9 pastorals celebrating his own love-sorrows under the poetic name of Rowland. This was later expanded to a 64 sonnet cycle.

With the publication of The Legend of Piers Gaveston, Matilda and Mortimeriados, later enlarged and re-published, in 1603, under the title of The Barons' Wars, his career began to gather interest and attention.

In 1596, The Legend of Robert, Duke of Normandy, another historical poem was published, followed in 1597 by England's Heroical Epistles, a series of historical studies, in imitation of those of Ovid. Written in the heroic couplet, they contain some of his finest writing.

Like other poets of his era, Drayton wrote for the theatre; but unlike Shakespeare, Jonson, or Samuel Daniel, he invested little of his art in the genre. Between 1597 and 1602, Drayton was a member of the stable of playwrights who worked for Philip Henslowe. Henslowe's Diary links Drayton's name with 23 plays from that period, and, for all but one unfinished work, in collaboration with others such as Thomas Dekker, Anthony Munday, and Henry Chettle. Only one play has survived; Part 1 of Sir John Oldcastle, which Drayton wrote with Munday, Robert Wilson, and Richard Hathwaye but little of Drayton can be seen in its pages.

By this time, as a poet, Drayton was well received and admired at the Court of Elizabeth 1st. If he hoped to continue that admiration with the accession of James 1st he thought wrong. In 1603, he addressed a poem of compliment to James 1st, but it was ridiculed, and his services rudely rejected.

In 1605 Drayton reprinted his most important works; the historical poems and the Idea. Also published was a fantastic satire called The Man in the Moon and, for the for the first time the famous Ballad of Agincourt.

Since 1598 he had worked on Poly-Olbion, a work to celebrate all the points of topographical or antiquarian interest in Great Britain. Eighteen books in total, the first was published in 1614 and the last in 1622.

In 1627 he published another of his miscellaneous volumes. In it Drayton printed The Battle of Agincourt (an historical poem but not to be confused with his ballad on the same subject), The Miseries of Queen Margaret, and the acclaimed Nimphidia, the Court of Faery, as well as several other important pieces.

Drayton last published in 1630 with The Muses' Elizium.

Michael Drayton died in London on December 23rd, 1631. He was buried in Westminster Abbey, in Poets' Corner. A monument was placed there with memorial lines attributed to Ben Jonson.

Michael Drayton - The Ballad Of Agincourt

Michael Drayton - To The Virginian Voyage

Glastonbury By Michael Drayton from Poly-Olbion

Idea LIII - To The River Ancor by Michael Drayton

To The Reader of These Sonnets by Michael Drayton

How Many Paltry Foolish Painted Things by Michael Drayton

Sonnet XII - Whilst Taking My Pen by Michael Drayton

Sonnet XLIV - Whilst Thus My Pen by Michael Drayton

Sonnet XLVII - In Pride of Wit by Michael Drayton

Sonnet L - As In Some Countries by Michael Drayton

Sonnet LXI - Since There's No help by Michael Drayton

From England's Helicon by Michael Drayton

Michael Drayton - To His Coy Love

Idea's mirror Sonnet XXXVII. Dear Why Should You Command Me To My Rest

To My Most Dearly Loved Friend, Henry Reynolds Esquire, Of Poets and Poesie by Michael Drayton