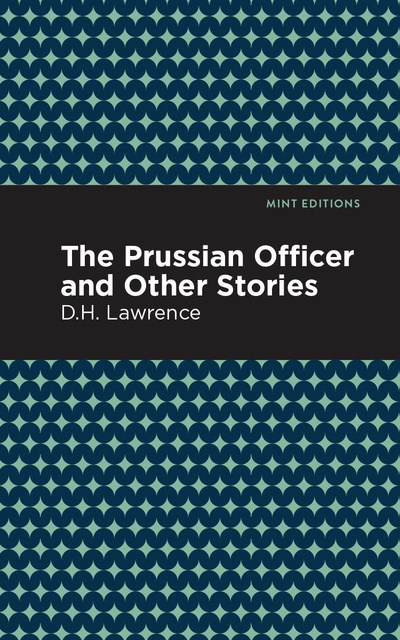 The Prussian Officer and Other Stories

The Prussian Officer and Other Stories

Honoring his practice of tackling the taboo, esteemed author D.H Lawrence created a collection of evocative short fiction in The Prussian Officer and Other Stories. With themes of feminism and sexuality, The Prussian Officer and Other Stories examines varying levels and types of the abuse of power so common among men and government officials, especially in the 20th century. The Daughters of the Vicar depicts the aftermath of an unstable family as it follows Mary and Louisa, who are both sisters and best friends. Due to their father’s poor financial position and their parent’s loveless marriage, Mary and Louisa’s family is severely struggling. The women work as teachers to offer financial support, but when that proves to be too little, Mary is forced to marry a hideous an uncultured rich man. Miserable and dreading the rest of her life, Mary tries to warn Louisa from doing the same. Exploring similar topics, Second Best follows two sisters struggling with their identity and love life. Odour of Chrysanthemums depicts a later narrative of marriage than the aforementioned, as it portrays a woman’s emotional journey after being drained by her marriage. Separated into three parts, Odour of Chrysanthemums begins with the woman and her children waiting for her husband to return home, assuming he was at a pub. However, as the wait continues, they begin to suspect something more sinister may have occurred. Finally, the title story, The Prussian Officer stars a single military captain who feels that he has wasted his youth. In contrast, his orderly is young and in a happy relationship, making his captain jealous. Desiring his youth and feeling sexually attracted to the young man, the captain tries to ruin the orderly’s relationship and starts to abuse him, driving the young man to a dangerous decision. This collection of sentimental and compelling stories depicts sinister human truths and the depths of the despair societal expectations force upon people. With this careful and brutally honest portrayal, modern audiences are able to both observe the culture of 20th century England as well as consider dark human truths that are still prevalent today. This edition of The Prussian Officer and Other Stories by D.H Lawrence features a new, eye-catching cover design and is printed in a modern and easy-to-read font, crafting an accessible experience for contemporary readers.