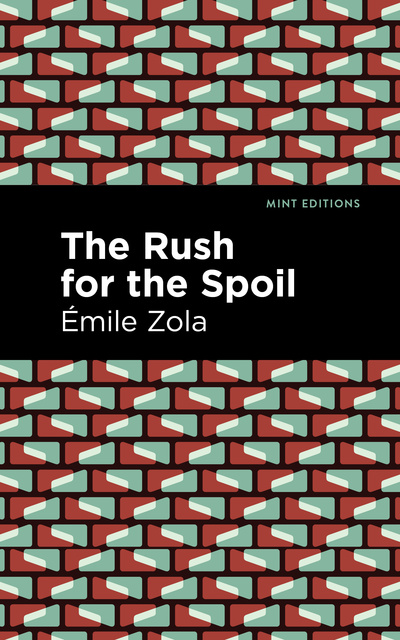 The Rush for the Spoil (1872) is a novel by French author Émile Zola. The second of twenty volumes of Zola’s monumental Les Rougon-Macquart series is an epic story of family, politics, class, and history that traces the disparate paths of several French citizens raised by the same mother. Spanning the entirety of the French Second Empire, Zola provides a sweeping portrait of change that refuses to shy away from controversy and truth as it gets to the heart of heredity and human nature.

Aristide Saccard is the son of Pierre Rougon, a man born into poverty who rose through vanity and shear opportunism to a position of power in the France of Napoleon III. After a rakish youth, Aristide promises his brother Eugene, a prominent politician, that he will make his way in the world under a different surname. Destined for failure, he manages to gain funding for a scheme involving the purchase of homes destined for demolition.

Collecting government compensation for each property, Aristide turns a handsome profit and eventually becomes one of the richest men in Paris. When his wife becomes terminally ill, he decides to sacrifice the last of his morality by marrying a wealthy pregnant woman, whose father has promised an immense dowry. As the years go by, his fragmented family suffers under the weight of their father’s impropriety, illuminating the hypocrisy and obscenity of wealth in nineteenth century France.