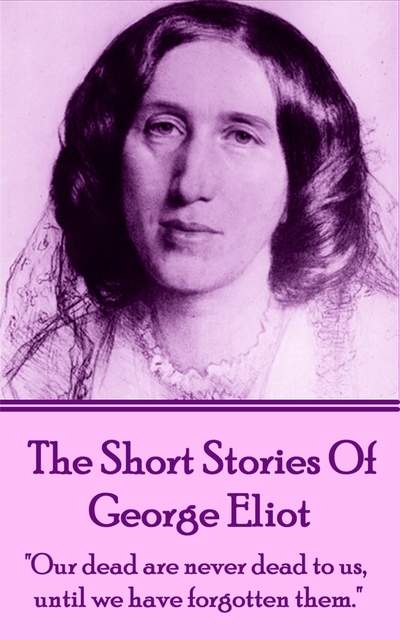 The Short Stories Of George Eliot: "Our dead are never dead to us, until we have forgotten them."

The Short Stories Of George Eliot: "Our dead are never dead to us, until we have forgotten them."

The short story is often viewed as an inferior relation to the Novel. But it is an art in itself. To take a story and distil its essence into fewer pages while keeping character and plot rounded and driven is not an easy task. Many try and many fail. In this series we look at short stories from many of our most accomplished writers. Miniature masterpieces with a lot to say. In this volume we examine some of the short stories of George Eliot. Mary Anne Evans was born in 1819. Her Father did not consider her a great beauty and thought her chances of marriage were slim. He therefore invested in her education and by the time she was 16 she had boarded at several schools acquiring that good education. With the death of her mother in 1835 she returned home to keep house for her father and siblings. By 1850 she had moved to London to work at the Westminster Review where she published many articles and essays. The following year Mary Anne or Marian, as she liked to be called, had met George Henry Lewes, and in 1854 they moved in together; a somewhat scandalous situation as he was already married albeit with complications. Her view on literature had taken some time to coalescence but with the publication of parts of “Scenes From A Clerical Life” in 1858 she knew she wanted to be a novelist and as her 1856 titled essay “Silly Novels by Lady Novelists" stated not a ‘silly woman’s one at that. Under the pseudonym of George Eliot that we know so well Adam Bede was published in 1859 followed by the other great novels of English literature Mill On The Floss, Silas Marner and Middlemarch. The art of writing a short story can be barely noticed by a reader such is the quality with which they are usually written. It is a difficult trade, an unforgiving discipline but for those who master it the rewards are many and George Eliot as we know is just such a woman. Many samples are at our youtube channel http://www.youtube.com/user/PortablePoetry?feature=mhee The full volume can be purchased from iTunes, Amazon and other digital stores. The audiobook volume of this book can be purchased from iTunes, Amazon and other digital stores. Among the readers are Richard Mitchley and Ghizela Rowe