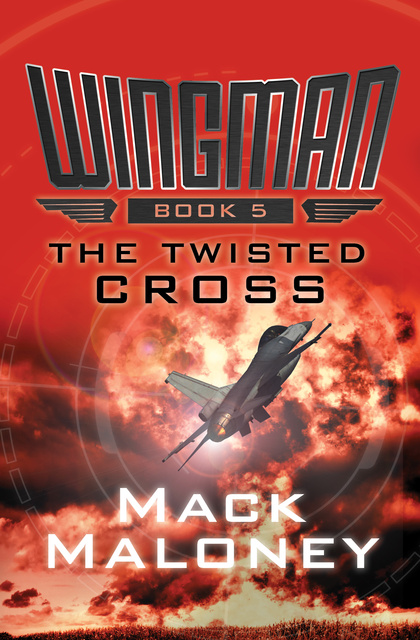 With the Russians vanquished, fighter pilot Hawk Hunter sets his sights on an old enemy poised for trouble in Panama.
A Boeing 727 is making a routine charter flight out of Football City—formerly known as St. Louis—when three F-4 Phantoms appear on its tail and open fire. No match for the lightning-quick Phantoms, the 727’s pilot is about to give up when his assailants explode in mid-air, becoming the latest casualties of Hawk Hunter, the Wingman. Hunter is the greatest fighter pilot the world has ever known. Most recently, he brought the United States back from the brink of extinction. But a new threat has emerged from the south: An army of neo-Nazis has seized control of the Panama Canal, and they’re armed to the teeth. Their hateful ideology may be decades out of date, but these jackbooted killers have firepower that is state-of-the-art. The Twisted Cross is the fifth book of the Wingman series, which also includes Wingman and The Circle War.