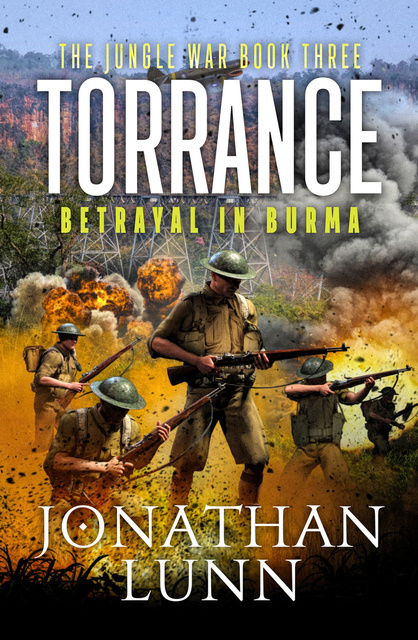 A loyal British soldier makes a final stand for a crumbling empire in the explosive final novel of this WWII military thriller trilogy.

Burma, 1942. In the face of a relentless Japanese advance, the British Army is in headlong retreat. Given command of a squad of defaulters, Corporal Charlie Torrance is tasked with escorting a notorious political prisoner to captivity in India. But a Japanese intelligence agent has joined forces with Burmese independence fighters intent on rescuing their comrade.

As if this circumstance wasn’t challenging enough, it’s starting to look as though there could be a traitor in Torrance’s squad. As the British Empire crumbles, Torrance will be forced to question everything he’s fighting for when he makes a bloody last stand in the sultry Burmese jungle.