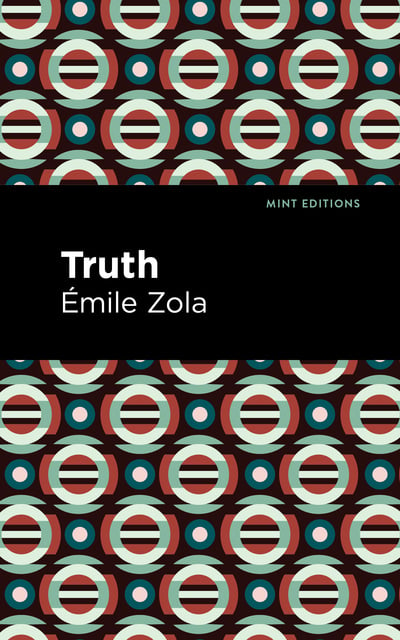 Truth (1903) is a novel by French author Émile Zola. Published as the third installment of his Les Quatre Évangiles, a series of four novels inspired by the New Testament gospels and aimed at investigating prominent social issues, Truth was the last of Zola’s novels to be published when it appeared the year after his death. Combining his trademark naturalist style with aspects of his experience advocating on behalf of Alfred Dreyfus, a French Jew falsely convicted of spying, Zola crafts a story of prejudice and institutional corruption without losing sight of humanity. In a rural village in France, a young boy is discovered murdered and sexually assaulted in his own bedroom. Shocked and outraged, the people of the village initially turn toward a local vagrant as a suspect. As his innocence becomes more and more apparent, however, a story begins to circulate blaming the boy’s uncle, a Jewish schoolmaster, who supposedly resented his brother’s marriage to a Catholic woman. Spurred on by the local church, run by the Christian Brothers, the people stoke the flames of antisemitism while alienating the town’s growing secular minority in order to scapegoat an influential—and innocent—Jewish man. Truth is a terrifying, essential novel that looks unsparingly at the prejudices rampant in European society only decades before the Holocaust. Zola’s final novel is a thrilling examination of the interconnected nature of politics, religion, and the press, and a rallying cry for those brave souls who dare to take a stand against violence and oppression. With a beautifully designed cover and professionally typeset manuscript, this edition of Émile Zola’s Truth is a classic work of French literature reimagined for modern readers.