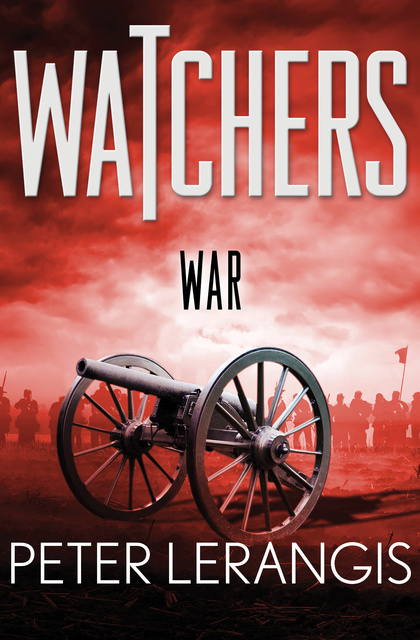 A teenage history buff finds himself trapped in the Civil War

Jake Branford has always felt that he was born 150 years too late. A fourteen-year-old Civil War nut, he’s happiest when he’s reading soldiers’ letters, exploring old battlegrounds, or trying on an ancestor’s tattered Union Army cap. Lucky for him, a mysterious film director is in town, working on a Civil War epic, and Jake stumbles onto the secret set. The film set is like nothing he has ever seen. The musket-fire, explosions, and uniforms are all perfectly accurate. Jake is in heaven—until it all gets a little too real. He’s always wanted to fight for the Union—and today he’s going to get his chance. War was selected by the International Reading Association and the Children’s Book Council as a 2000 Children’s Choice. This ebook features an illustrated biography of Peter Lerangis including rare photos and never-before-seen documents from the author’s personal collection.