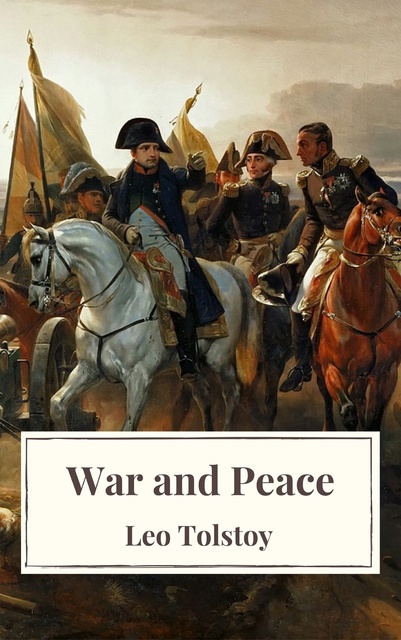 War and Peace is a novel by Leo Tolstoy, first published from 1865 to 1869 in Russkii Vestnik, which tells the story of Russian society during the Napoleonic Era. It is usually described as one of Tolstoy's two major masterpieces (the other being Anna Karenina) as well as one of the world's greatest novels.

War and Peace offered a new kind of fiction, with a great many characters caught up in a plot that covered nothing less than the grand subjects indicated by the title, combined with the equally large topics of youth, marriage, age, and death. Though it is often called a novel today, it broke so many conventions of the form that it was not considered a novel in its time. Indeed, Tolstoy himself considered Anna Karenina (1878) to be his first attempt at a novel in the European sense.