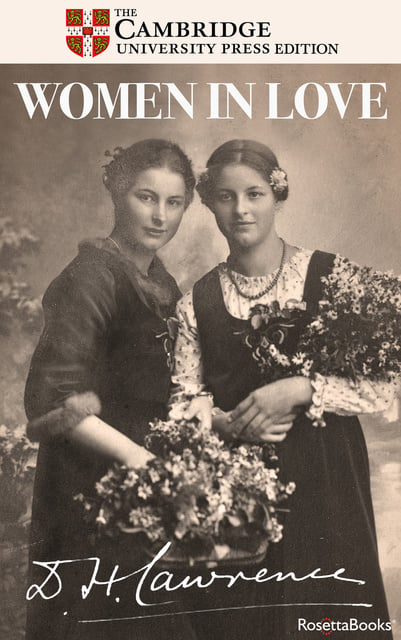 The author of Lady Chatterly’s Lover explores the lives and loves of two sisters in pre-World War I England.

The Brangwen sisters, Gudrun and Ursula, live in The Midlands of England in the 1910s. After befriending two local men, Rupert and Gerald, the lives of the foursome become entangled as they question society, politics, and the relationships between men and women in the pre-War era.

A sequel to The Rainbow, Women in Love—"the beginning of a new world, " as Lawrence called it—suffered some of the most spectacular damage ever inflicted upon one of his books in the course of its revision, transcription, and publication. Until now, no text of Women in Love has ever been published which is faithful to all of Lawrence’s revisions, allowing its readers to read and understand the novelist’s work as he himself created it.