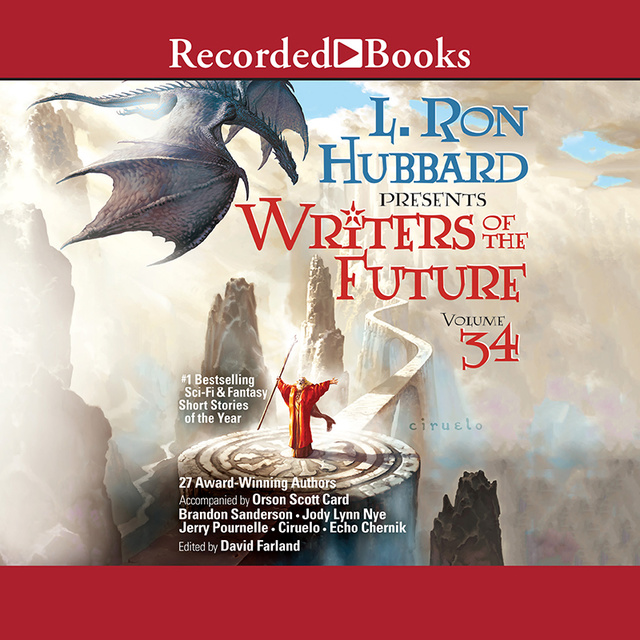 24 Award-Winning Authors and Illustrators Accompanied by Orson Scott Card, Brandon Sanderson, Jody Lynn Nye, Jerry Pournelle, Ciruelo and Echo Chernik and Edited by David Farland Your search for something new and different in sci-fi and fantasy ends here. Presenting this year's collection of fresh voices, fabulous worlds, and fantastic new characters. Each year, the Writers and Illustrators of the Future Contests' blue-ribbon judges search the world to discover and introduce to you the very best new talent in sci-fi and fantasy. Created by L. Ron Hubbard, whose commitment to help new writers and artists gave rise to the annual Writers of the Future anthologies-a launching pad for writers and artists who are sure to command our attention for decades to come. "Writers of the Future, as a contest and as a book, remains the flagship of short fiction." -Orson Scott Card "The best new stories by new writers, anywhere." -Larry Niven "These are the people who are going to be creating trends." -Brandon Sanderson "Science fiction as a genre has always looked to the future and the Writers of the Future looks to the future of science fiction." -Kevin J. Anderson "See the best of the best culled for you, curated and selected in a single volume every year." -Robert J. Sawyer Wondrous and powerful tales from some of the world's best new writers Turnabout-Djinn are famous for twisting your words so they don't really grant your wish, but two can play that game. A Smokeless and Scorching Fire-Deacon is a government official, and he's afraid he'll stay that way if he can't break his conditioning. The Howler on the Sales Floor-It's easy making sales when you can send images of despair into the hearts of your clients. The Minarets of An-Zabat-Alder seeks the secrets of the Windcallers' magic, but his curiosity may destroy the people he loves. The Death Flyer-Jim Bellamy tries to save the life of a girl who died in the wreckage of a train ten years ago. Odd and Ugly-A tree giant takes in a housekeeper, but she has more secrets than either of them can handle. Mara's Shadow-An ancient myth might provide the key to curing a disease that threatens all of humanity. The Lesson-A lesson on philosophy in action turns into a deadly encounter. What Lies Beneath-A powerful sorcerer has so disgraced himself, he is afraid of what his family will think should he ever die and meet them on the other side. The Face in the Box-Cara discovers a floating farm parked over her land, blocking the sunlight, and must confront the driver. Flee, My Pretty One-In a world controlled by dragons and their henchmen, rock singer Josephine really only wants "death to all collaborators." Illusion-Even a court wizard will struggle to fight off armies if his weapons pack no actual punch. A Bitter Thing-You can put an end to something wondrous, but only at a cost. Miss Smokey-Lily's ability to shift shapes into a bear offers some strange challenges. All Light and Darkness-On a far world, a nameless man meets a woman of ancient genetic stock, and when trouble follows in his wake, he must choose: her life or his humanity? 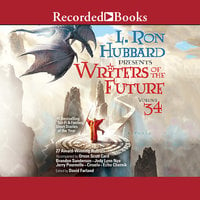