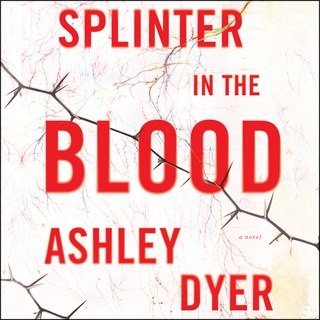 Splinter in the Blood: A Novel

Splinter in the Blood: A Novel

Författare: Ashley Dyer
Inläsare: Piers Hampton
Format: Finns som ljudbok
12T 48min
Engelska
4,5
A propulsive debut suspense novel, filled with secrets, nerve-jangling tension, perplexing mystery, and cold-blooded murder, in which a police officer on the hunt for a macabre serial killer is brutally attacked, and only his partner knows the truth about what happened—and who did it.

After months of hunting a cold-blooded murderer that the press has dubbed the Thorn Killer, Detective Greg Carver is shot in his own home. His trusted partner, Ruth Lake, is alone with him. Yet instead of calling for help, she’s rearranged the crime scene and wiped the room clean of prints.

Awakening in the hospital, Carver has no memory of being shot, but is certain that his assailant is the Thorn Killer. Though there’s no evidence to support his claim, Carver insists the attack is retaliation, an attempt to scare the detective off the psychopath’s scent, because he’s getting too close. Trapped in a hospital bed and still very weak, Carver’s obsession grows. He’s desperate to get back to work and finally nail the bastard, before more innocent blood is spilled.

One person knows the truth and she’s not telling. She’s also now leading the Thorn Killer investigation while Carver recuperates. It doesn’t matter that Carver and the rest of the force are counting on her, and that more victims’ lives at stake. Ruth is keeping a deadly secret, and she’ll cross every line—sacrificing her colleagues, her career, and maybe even her own life—to keep it from surfacing.