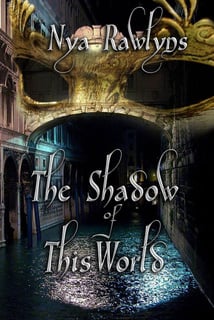 The Shadow of This World

The Shadow of This World

Författare: Nya Rawlyns
Format: E-bok
Engelska
3,5
When the fate of worlds rests on shifting loyalties and the vagaries of the human heart, will time and history slip into shadow?

1515 Venice, a city of art, music and commerce, wealthy, greedy, whose rulers engage in war as simply an extension of commerce by other means. Cosimo de' Medici, capo of an ancient family with uncommon power, ruler of Florence, maker of kings and popes, with secrets and plans, orchestrating and plotting as the Holy Roman Empire stands poised to change the face of the continent, and even the world.

Three brothers with uncommon gifts: Stefano, Antonio and Nicolo de' Medici, Veluria: an operative of the Sisterhood and Andreas, a cleric from the competing Council-strangers out of time and out of place-haunt a chaotic shadow world where knowledge is power. Tasked with averting disaster in a future falling prey to disintegration and yet another apocalypse, two operatives seek independently to stay events, to manipulate, control and direct, yet neither truly understands the scope of the looming tragedy, the shifting loyalties and matters of the heart, the acts of desperation that will change history, and the roles each will play.

Venice, a city of beauty whose canals string like pearls through her soul, a city on the edge, her heart reflecting the shades of time.
Mer info om e-boken:
Förlag: eBookPartnership.com
Utgiven: 2014-02-05
ISBN: 9780989249638
Engelska
3,5
Kategori: Romaner

Walking in the Rain