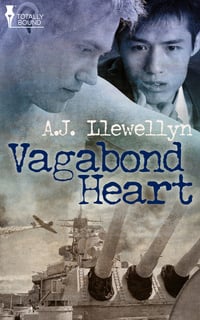 Författare: A.J. Llewellyn
Format: E-bok
Engelska
3
Gay prostitute Tinder McCartney thought he had it made in WWII Honolulu…until true love and an attack on Pearl Harbor turned his life upside down.

Tinder McCartney is the only gay male prostitute working in Honolulu, HI during World War II. Like the 200 female prostitutes who live and work on Hotel Street, he services the armed forces drifting in and out of the islands. His life and work are controlled by the local police, yet because the cops don't think that there can be that many ‘depraved' men wanting the comfort of another man, Tinder is not only busy, but often in danger.

Living by very strict rules enforced by the police, Tinder cannot own or drive a car or bicycle, can't ride street cars or be seen in the company of other men. He can't visit bars or restaurants or swim at Waikiki Beach. Savagely attacked by two men one night, he is rescued by a local businessman, Jason Qui, the son of a Chinese immigrant and a former New England missionary.

Kidnapped by the Pirate

It Takes Two to Tumble

The Henchmen of Zenda

Home of His Own

Nothing Special VI: His Hart’s Command

The Fight for Freedom