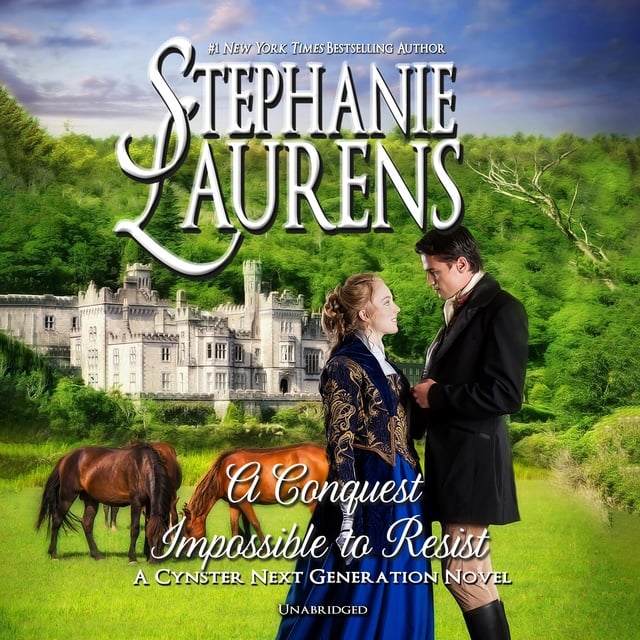 A Conquest Impossible to Resist

A Conquest Impossible to Resist

#1 New York Times bestselling author Stephanie Laurens returns to the Cynsters’ next generation to bring you a thrilling tale of love, intrigue, and fabulous horses.

Prudence Cynster has turned her back on husband hunting in favor of horse hunting. As the head of the breeding program underpinning the success of the Cynster racing stables, she’s on a quest to acquire the necessary horses to refresh the stable’s breeding stock.

On his estranged father’s death, Deaglan Fitzgerald, now Earl of Glengarah, left London and the hedonistic life of a wealthy, wellborn rake and returned to Glengarah Castle determined to rectify the harm caused by his father’s neglect. Driven by guilt that he hadn’t been there to protect his people during the Great Famine, Deaglan holds against the lure of his father’s extensive collection of horses and, leaving the stable to the care of his brother, Felix, devotes himself to returning the estate to prosperity.

Deaglan had fallen out with his father and been exiled from Glengarah over his drive to have the horses pay their way. Knowing Deaglan’s wishes and that restoration of the estate is almost complete, Felix writes to the premier Thoroughbred breeding program in the British Isles to test their interest in the Glengarah horses.

On receiving a letter describing exactly the type of horses she’s seeking, Pru overrides her family’s reluctance and sets out for Ireland’s west coast to visit the now-reclusive wicked Earl of Glengarah. Yet her only interest is in his horses, which she cannot wait to see.

When Felix tells Deaglan that a P. H. Cynster is about to arrive to assess the horses with a view to a breeding arrangement, Deaglan can only be grateful. But then P. H. Cynster turns out to be a lady—one utterly unlike any other he’s ever met.

Yet they are who they are, and both understand their world. They battle their instincts and attempt to keep their interactions businesslike, but the sparks are incandescent and inevitably ignite a sexual blaze that consumes them both—and opens their eyes.

But before they can find their way to their now-desired goal, first one accident, then another distracts them. Someone, it seems, doesn’t want them to strike a deal. Who? Why?

They need to find out before whoever it is resorts to the ultimate sanction. 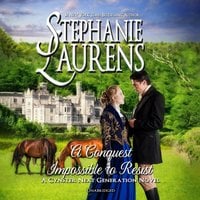