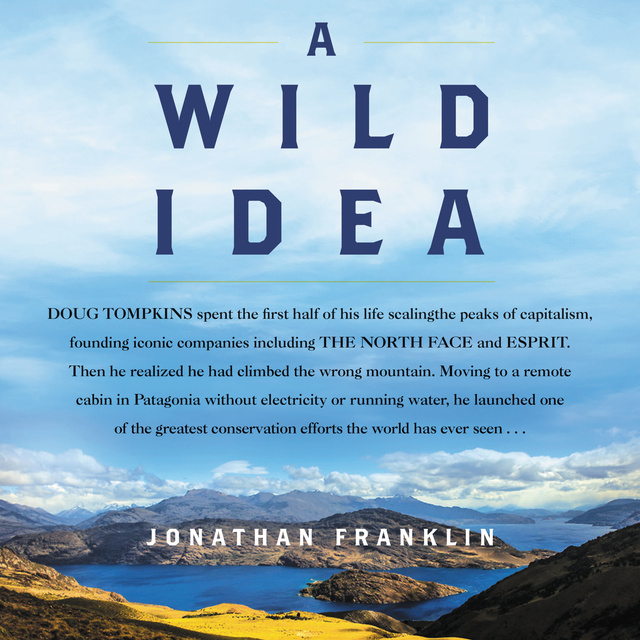 WHY WOULD A SAN FRANCISCO ENTREPRENEUR SELL HIS COMPANY, FLY TO THE ENDS OF THE EARTH, INVEST MILLIONS RESTORING PARADISE, THEN FIGHT LIKE HELL TO GIVE IT ALL AWAY?

In 1991, Doug Tompkins left his luxury life in San Francisco and flew 6,500 miles south to a shack in Patagonia that his friends nicknamed Hobbit House. Mounted on wooden skids that allowed oxen to drag it through the cow fields, Hobbit House had for refrigerator a metal box chilled from the icy cold winds off the glacier. Rainwater dripped from a rooftop barrel into the rustic kitchen. Earlier tenants include a sheepherder with little more than his dogs and a rifle. Instead of the Golden Gate Bridge, Tompkins now stared at Volcano Michinmahuida, blanketed in snow and prowled by mountain lions the size of small tigers.

Shielded by wilderness, waterfalls and tucked into a remote forest with three times the rainfall of Seattle, Tompkins plotted his counterattack against corporate capitalism. As founder of Esprit and The North Face he had “made things nobody needed. ” Now he declared it was time to “pay my rent for living on this planet. ” Could he undo the environmental damage produced by his prodigious clothes manufacturing? Could he launch a new brand, one that promoted environmental conservation, preservation and restoration?

In Patagonia, Tompkins adored his pioneer existence. All his belongings fit in a single duffel bag. When hungry, he fished from his front yard and harvested vegetables from a greenhouse. Tompkins kayaked along the rivers, ice-climbed glaciers, and waited until the ocean storms reached a frothy peak to pilot his wood-hulled crab boat into the raging waves of the Pacific. Within a hundred miles there were virtually no roads and his old farm was accessible to the occasional fishing boat and a battered airstrip.

Flying his small plane for hundreds of hours, he explored. The average plot of land is 10,000 acres and the price per acre is as little as US$25. It was all for sale and about to be destroyed by clearcut logging. Zooming over treetops and around mountain peaks, Tompkins flew inside tight canyons and gaped at the singular beauty: active volcanoes, gliding condors, forests never logged, rivers never dammed—all so undisturbed, so exquisitely designed, without a single flaw. Could he protect this wild beauty? Place a frame around this perfect creation? For the ensuing quarter century that dream, that obsession became his life.

Only in death did it become his legacy. 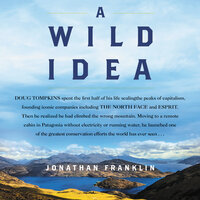