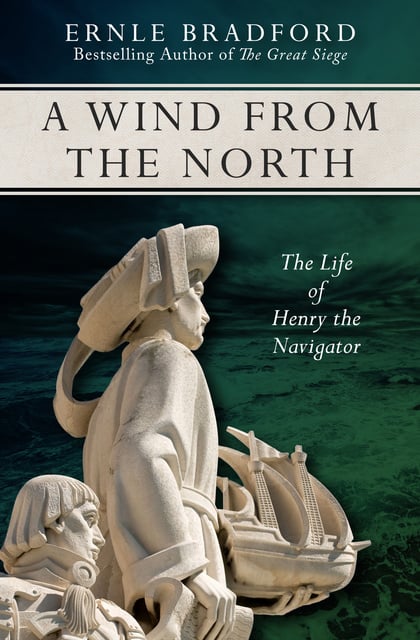 A Wind from the North: The Life of Henry the Navigator

A Wind from the North: The Life of Henry the Navigator

The captivating biography of Prince Henry of Portugal, the navigator and explorer who helped usher in the Age of Discovery.

Before Columbus, Vespucci, and Sir Francis Drake, there was Henry the Navigator. Pirate hunter, intrepid explorer, and ship designer, the Portuguese prince was one of the great innovators who pioneered the Age of Discovery. In an effort to locate the mythic kingdom of Prester John, Prince Henry organized voyages into the Southern Atlantic and developed a new kind of ship, the caravel, specifically for the task. His explorations yielded riches and fame for Portugal, as well as the discovery of Madeira and the Canary Islands. Yet the scope of his contribution to the world is often overshadowed by other figures.

In this expertly researched biography, Ernle Bradford brings to light the captivating tale of a pioneer who initiated an era of exploration and forever changed the course of history.