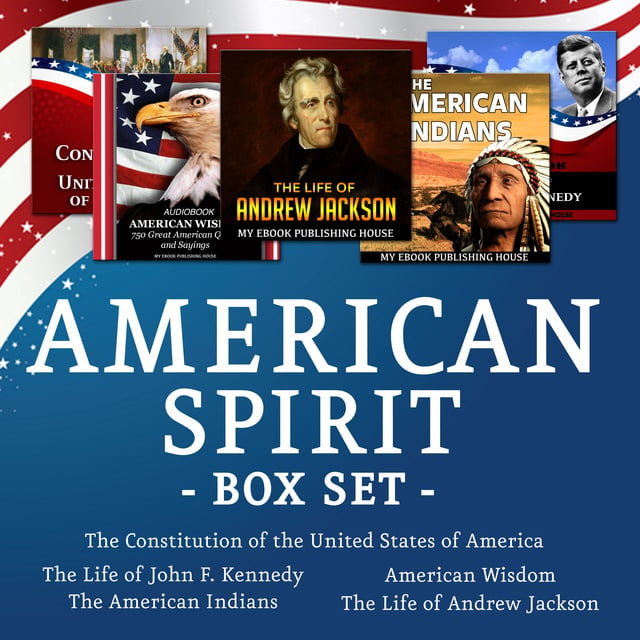 Now, for the first time ever, and only for a limited time, you can get this value-priced, limited edition boxed set. America Spirit Bundle Box Set includes five bestselling audiobooks from My Ebook Publishing House: Audiobook #1 The Constitution of the United States of America The United States Constitution is the supreme law of the United States of America. This is the document which defines the rights and responsibilities of federal government of the United States of America. Audiobook #2 The Life of John F. Kennedy John F. Kennedy glimmers through history as the young, idealistic president whose Camelot administration promised a new dawn for America. John Fitzgerald Kennedy led his nation for little more than a thousand days, yet his presidency is intensely remembered, not merely as a byproduct of his tragic fate. Kennedy steered the nation away from the brink of nuclear war, initiated the first nuclear test ban treaty, created the Peace Corps, and launched America on its mission to the moon and beyond. JFK inspired a nation, particularly the massive generation of baby boomers, injecting hope and revitalizing faith in the American project. But fifty years after he was murdered, it's hard to separate the real JFK, with all his faults, from the many myths about him. This is his story of his life. Audiobook #3 The American Indians Who were the first real Americans? In this book you will be introduced to the American Indians, their society and their culture! You'll learn amazing facts which you never would have guessed, from cuisine and sports to crafts, pottery, sculptures or even ships. The American Indians will interest general readers as well as scholars and students in anthropology, history, literature, education, cultural studies, gender studies, American Studies, and Native American and Indigenous Studies. It is essential reading for those interested in the history of American Indians, what their life was like and what they stood for. Audiobook #4 American Wisdom - 750 Great American Quotes and Sayings These thought-provoking teachings from respected American leaders and thinkers provide a connection with the land, the environment, and the simple beauties of life. American Wisdom - 750 Great American Quotes and Sayings offers timeless, meaningful lessons on living and learning. This compilation of quotations doubles as a historical reference and inspiration. This book contains 750 of the best quotes from the Greatest Americans. Audiobook #5 The Life of Andrew Jackson The United States of America has had many presidents that Americans agree were either great or awful, while some fall into a mediocre category of irrelevance. In many cases a national consensus has been reached on men like Abraham Lincoln and James Buchanan. But the president with the most controversial legacy might be Old Hickory, Andrew Jackson. In his lifetime, Jackson came to represent what middle class Americans viewed as the quintessential American. 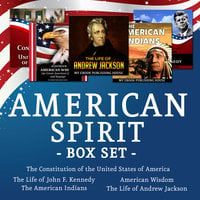