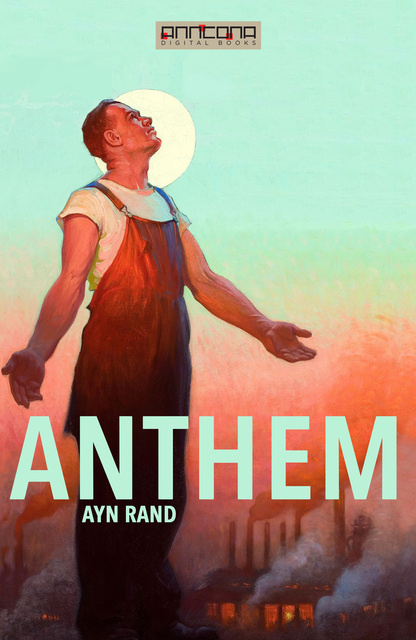 Anthem is a dystopian fiction novella by Ayn Rand, first published in 1938 in England.
Anthem is taking place at some unspecified future date. Mankind has entered another dark age as a result of what Rand saw as the weaknesses of socialistic thinking and economics. Technological advancement is now carefully planned (when it is allowed to occur, if at all) and the concept of individuality has been eliminated (for example, the word "I" has disappeared from the language).
As is common in her work, Rand draws a clear distinction between the "socialist/communal" values of equality and brotherhood and the "productive/capitalist" values of achievement and individuality. The story also parallels Stalinist Russia, which was currently going on at the time as the story was published.
Rooted in her own experiences fleeing from the communist Russia of the 1920’s, as well as the rise of fascism in Italy and National Socialism in Germany, Rand wrote Anthem as a warning to all concerned with losing personal identity in an ever changing and rapidly developing world.
Ayn Rand (1905-1982) was a Russian-American novelist, philosopher, playwright, and screenwriter. She is known for her two best-selling novels, The Fountainhead and Atlas Shrugged, and for developing a philosophical system she called Objectivism.