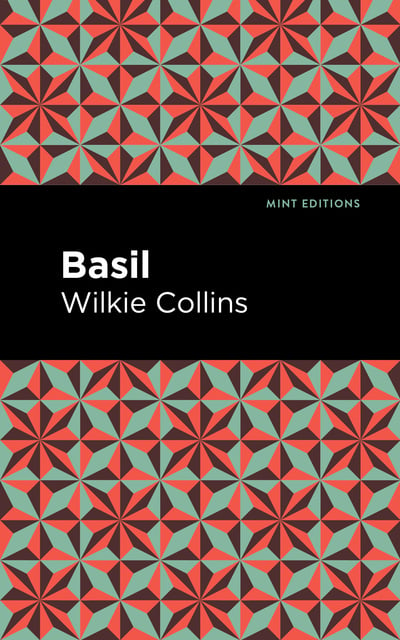 Basil (1852) is a novel by Wilkie Collins. Written in the aftermath of Antonina (1850), his successful debut, Basil finds the author honing the trademark sense of mystery and psychological unease that would make him a household name around the world. Recognized as an important Victorian novelist and pioneer of detective fiction, Wilkie Collins was a writer with a gift for thoughtful entertainment, stories written for a popular audience that continue to resonate with scholars and readers today.

Basil, a young heir, is born with the future in his hands. As he reaches adulthood, he begins to question the expectations associated with wealth and social standing. Under enormous pressure from his father to marry a respectable woman, he finds himself drawn to a mysterious beauty, a draper’s daughter named Margaret Sherwin. In secret, he arranges a plan with her father to marry Margaret on one condition: they must live separately until she reaches the age of eighteen.

As he eagerly awaits the day, Basil reconnects with Mannion, an acquaintance who has just recently returned from abroad. As the story unfolds, Basil’s fortunate destiny gives way to jealousy, violence, and a series of shocking revelations. Beyond its sensational plot, Basil is a novel that effectively critiques the institution of marriage and the false morality of the British aristocracy. With a beautifully designed cover and professionally typeset manuscript, this edition of Wilkie Collins’ Basil is a classic work of English literature reimagined for modern readers.