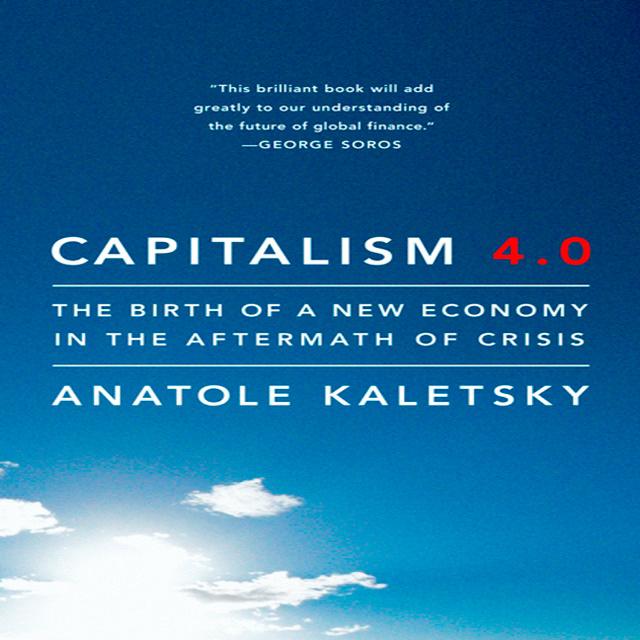 Capitalism 4.0: The Birth of a New Economy in the Aftermath of Crisis

Capitalism 4.0: The Birth of a New Economy in the Aftermath of Crisis

Capitalism was not destroyed by the crisis, but it was irrevocably changed. This provocative audio book shows how the forces that precipitated the financial meltdown of 2007-2009 are now creating a new and stronger version of the global capitalist system. This system will continue to be led and shaped by the U.S. if its businesses and politicians play their cards well.

The crisis that followed the collapse of Lehman Brothers marked the fourth systemic transformation of capitalism since the late eighteenth century. The first of these great transitions launched the century of classical capitalism from the Napoleonic Wars to the Great Depression. The second version of capitalism emerged in the 1930s with the New Deal and government-led Keynesian economics, but blew up in the great inflation of the 1970s. That crisis launched the third age of capitalism starting with the elections of Margaret Thatcher and Ronald Reagan in 1979-1980.
This business-led period culminated in the “market fundamentalist” excesses of George W. Bush, Alan Greenspan, and Henry Paulson.

Market fundamentalism collapsed in 2008, but the crash has brought into play capitalism's unerring instinct for self-preservation. As a result, the next version of the capitalist system is now evolving: Capitalism 4.0. But as the global economy is reinvented, will American-led democratic capitalism or Chinese-style state capitalism prevail?

In this wide-ranging and controversial audio book, Anatole Kaletsky puts the upheavals of 2007-2009 in historical and ideological perspective. He describes the emerging features of the new capitalist model, explains how it will differ from previous versions, and suggests how the rise of Capitalism 4.0 could change politics, finance, international relations, and economic thinking in the coming decades. 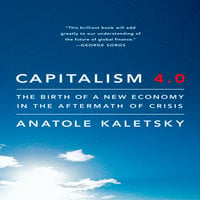