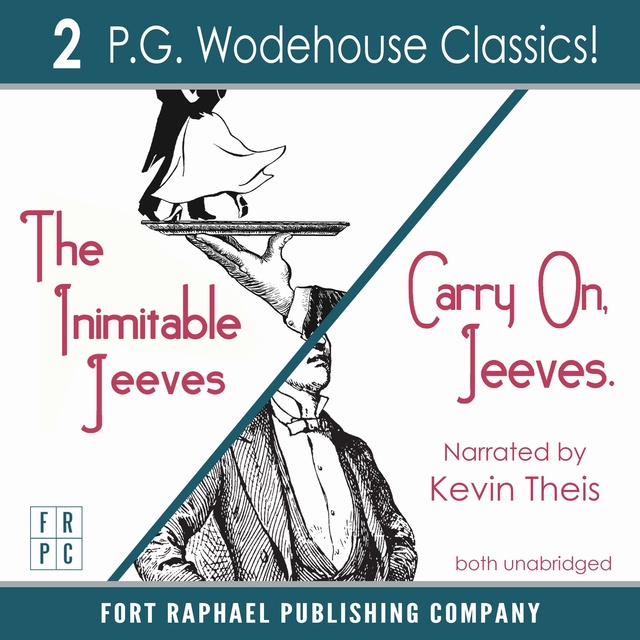 Carry On, Jeeves and The Inimitable Jeeves: Two Wodehouse Classics!

Carry On, Jeeves and The Inimitable Jeeves: Two Wodehouse Classics!

P.G. Wodehouse, the master of British humor, produced dozens of books and hundreds of short stories in his long and prolific career. But none of his creations has quite captured the world's imagination as much as his bumbling, empty-headed, man-about-town Bertie Wooster and Bertie's faithful, knight-in-shining tuxedo Jeeves. Collected here are some of Wodehouse's most beloved "Jeeves and Wooster" tales - ten short stories from the anthology "Carry On, Jeeves" as well as the novel "The Inimitable Jeeves" - each a master class in comedic writing. Along with Jeeves and Bertie, we are introduced to an entire cast of beloved Wodehouse characters: Bingo Little, James "Corky" Corcoran, Gussie Fink-Nottle, Honoria Glossop, Rockmetteller Todd and the terrifying and bombastic Aunt Agatha. This collection even contains the one-and-only Wodehouse short story narrated by Jeeves himself. These two collections are presented here in their original and unabridged form. 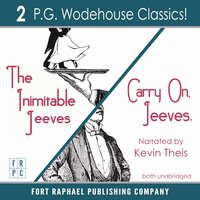