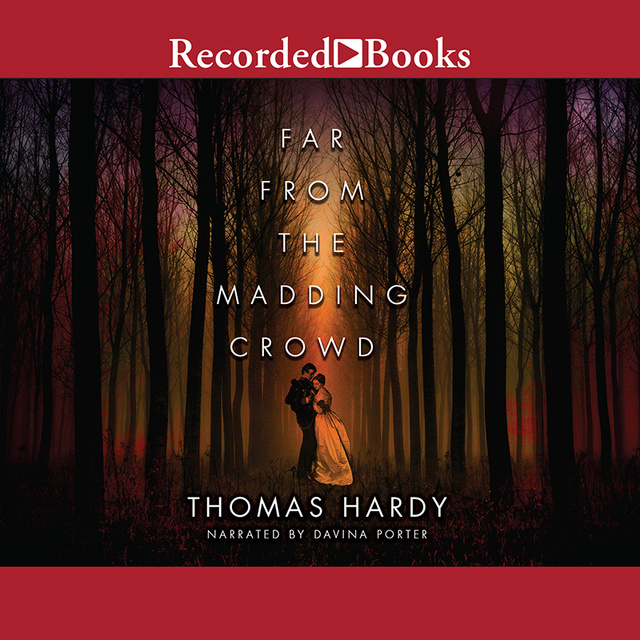 Far from the Madding Crowd by Thomas Hardy Gabriel Oak is a young shepherd. With the savings of a frugal life, and a loan, he has leased and stocked a sheep-farm. He falls in love with a newcomer eight years his junior, Bathsheba Everdene, a proud beauty who arrives to live with her aunt, Mrs. Hurst. She comes to like him well enough, and even saves his life once, but when he makes her an unadorned offer of marriage, she refuses; she values her independence too much and him too little. Gabriel's blunt protestations only serve to drive her to haughtiness. After a few months, she moves to Weatherbury, a village some miles off. When next they meet, their circumstances have changed drastically. An inexperienced new sheep dog drives Gabriel's flock over a cliff, ruining him. After selling off everything of value, he manages to settle all his debts, but emerges penniless. He seeks employment at a work fair in the town of Casterbridge (a fictionalised version of Dorchester). When he finds none, he heads to another fair in Shottsford, a town about ten miles from Weatherbury. On the way, he happens upon a dangerous fire on a farm and leads the bystanders in putting it out. When the veiled owner comes to thank him, he asks if she needs a shepherd. She uncovers her face and reveals herself to be none other than Bathsheba. She has recently inherited the estate of her uncle and is now a wealthy woman. Though somewhat uncomfortable, she hires him. Meanwhile, Bathsheba has a new admirer: the lonely and repressed William Boldwood. Boldwood is a prosperous farmer of about forty whose ardour Bathsheba unwittingly awakens when - her curiosity piqued because he has never bestowed on her the customary admiring glance - she playfully sends him a valentine sealed with red wax on which she has embossed the words "Marry me". Boldwood, not realising the valentine was a jest, becomes obsessed with Bathsheba, and soon proposes marriage. Although she does not love him, she toys with the idea of accepting his offer; he is, after all, the most eligible bachelor in the district. However, she postpones giving him a definite answer. When Gabriel rebukes her for her thoughtlessness, she fires him. When her sheep begin dying from bloat, she discovers to her chagrin that Gabriel is the only man who knows how to cure them. Her pride delays the inevitable, but finally she is forced to beg him for help. Afterwards, she offers him back his job and their friendship is restored. 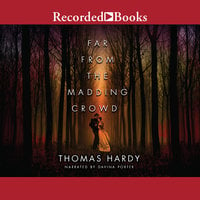