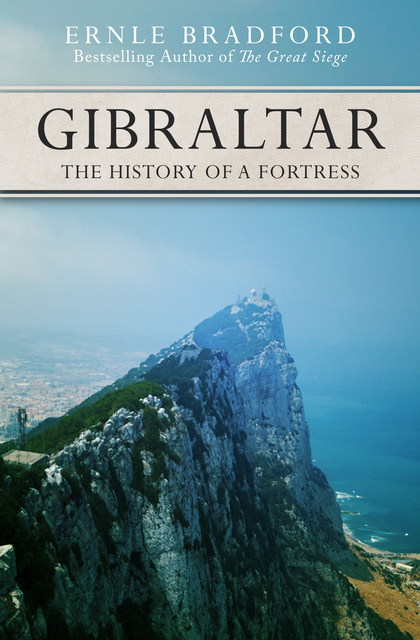 Gibraltar: The History of a Fortress

Gibraltar: The History of a Fortress

Since ships first set sail in the Mediterranean, The Rock has been the gate of Fortress Europe. In ancient times, it was known as one of the Pillars of Hercules, and a glance at its formidable mass suggests that it may well have been created by the gods. Sought after by every nation with territorial ambitions in Europe, Asia, and Africa, Gibraltar was possessed by the Arabs, the Spanish, and ultimately the British, who captured it in the early 1700s and held onto it in a siege of more than three years late in the eighteenth century. The fact that that was one of more than a dozen sieges exemplifies Gibraltar’s quintessential value as a prize and the desperation of governments to fly their flag above its forbidding ramparts. Bradford uses his matchless skill and knowledge to take the reader through the history of this great and unique fortress. From its geological creation to its two-thousand-year influence on politics and war, he crafts the compelling tale of how these few square miles played a major part in history.