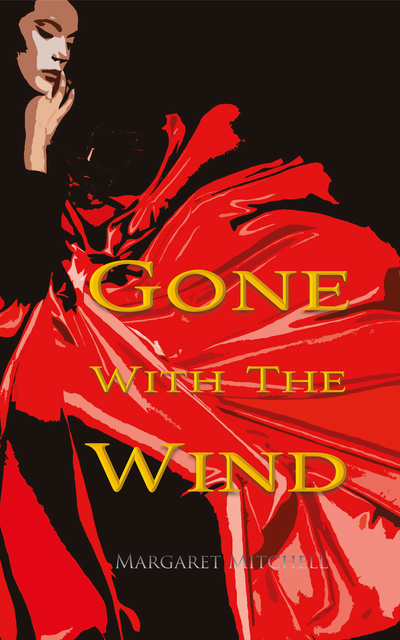 GONE WITH THE WIND is a novel by American writer Margaret Mitchell, first published in 1936. The story is set in Clayton County and Atlanta, both in Georgia, during the American Civil War and Reconstruction Era. It depicts the struggles of young Scarlett O'Hara, the spoiled daughter of a well-to-do plantation owner, who must use every means at her disposal to claw her way out of poverty following Sherman’s destructive “March to the Sea.” This historical novel features a Bildungsroman or coming-of-age story, with the title taken from a poem written by Ernest Dowson. Gone with the Wind was popular with American readers from the outset and was the top American fiction bestseller in 1936 and 1937. As of 2014, a Harris poll found it to be the second favorite book of American readers, just behind the Bible. More than 30 million copies have been printed worldwide. Mitchell received the Pulitzer Prize for Fiction for the book in 1937. It was adapted into a 1939 American film. Gone with the Wind is the only novel by Mitchell published during her lifetime.