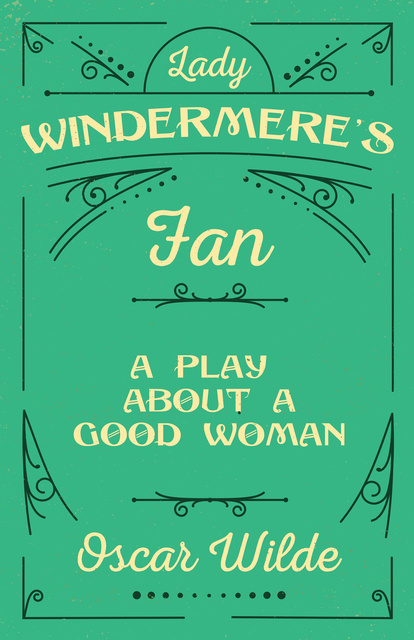 Lady Windermere's Fan: A Play About a Good Woman

Lady Windermere's Fan: A Play About a Good Woman

"Lady Windermere's Fan, A Play About a Good Woman" is a play in four-acts by Oscar Wilde, first produced in 1892. It is a tale of scandal and the fall of a woman from grace in a hypocritical and absurdly contradictory high society. A sharp comedy packed full of the cutting witticisms and powerful aphorisms for which Wilde is famous, "Lady Windermere's Fan" is not to be missed by fans of the stage and of Wilde's seminal work in particular. Oscar Fingal O'Flahertie Wills Wilde (16 October 1854 - 30 November 1900) was an Irish novelist, playwright, poet, and essayist. Although he produced work in many forms, he is best remembered for being one of London's most popular playwrights in the early 1890s, as well as for his world-famous novel "The Picture of Dorian Gray". Other notable works by this author include: "The Happy Prince and Other Stories" (1888), "A Woman of No Importance" (1893), and "The Importance of Being Earnest" (1898). Read & Co. Classics is proudly republishing this work now in a new edition complete with a specially-commissioned new biography of the author.