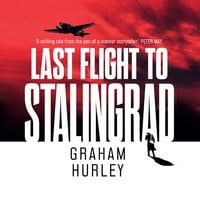 'Historical fiction of a high order... Hurley's descriptions of the cauldron of Stalingrad, and of Shakespearean vengeance are well worth relishing' The Times

For Werner Nehmann, a journalist at the Ministry of Propaganda, the dizzying victory of the last four years has felt like a party without end. But the Reich's attention has turned East, and as winter sets in, the mood is turning.

Werner's boss, Joseph Goebbels, can sense it. His words have propelled Germany towards its greater destiny and he won't – he can't – let morale falter now. But the Minister of Propaganda is uneasy and in his discomfort has pulled Werner into his close confidence.

And here, amid the power struggle between the Nazi Chieftains, Werner will make his mistake and begin his descent into the hell of Stalingrad...