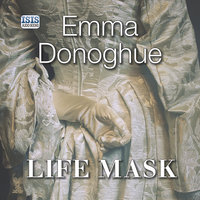 In a time of looming war, glittering spectacle and financial disasters, the wealthy liberals of the Whig Party work to topple a tyrannical prime minister and a lunatic king. Marriages and friendships stretch or break; political liaisons prove as dangerous as erotic ones; and everyone wears a mask. Will Eliza Farren, England's leading comedic actress, gain entry to that elite circle that calls itself the World? Can Lord Derby, the inventor of the horse race that bears his name, endure public mockery of his long, unconsummated courtship of the actress? Will Anne Damer, a sculptor and rumored Sapphist, be the cause of Eliza's fall from grace?