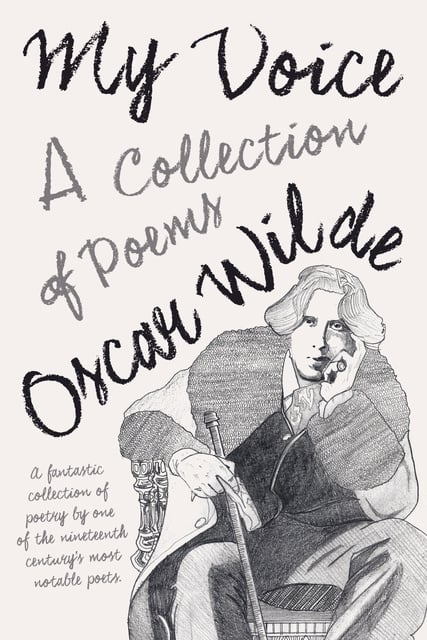 My Voice - A Collection of Poems

My Voice - A Collection of Poems

Oscar Fingal O'Flahertie Wills Wilde (1854–1900) was an Irish poet and playwright who became one of the most popular in London during the 1880s and 1890s. Well-known for his sharp wit and extravagant attire, Wilde was a proponent of aestheticism and wrote in a variety of forms including poetry, fiction, and drama. He was famously imprisoned for homosexual acts from 1895 to 1897 and died at the age of 46, just three years after his release. This book contains a brand-new collection of some of Wilde's best poetry, including the titular “My Voice”. A fantastic collection of poetry by one of the nineteenth century's most notable poets not to be missed by fans and collectors of Wilde's wonderful work. Contents include: “Canzonet”, “Amor Intellectualis”, “Flower of Love”, “Vita Nuova”, “A Vision”, “Ave Imperatrix”, “Under the Balcony”, “Rome Unvisited”, “Easter Day”, “The Grave of Shelley”, “Her Voice”, “Camma”, “The Grave of Keats”, “Fantaisies Décoratives - Le Panneau”, “The Burden of Itys”, etc. Other notable works by this author include: “Picture of Dorian Gray” (1890), “Salome” (1891), and “The Importance of Being Earnest” (1895). Ragged Hand is proudly publishing this brand-new work complete with a specially-commissioned new biography of Oscar Wilde.