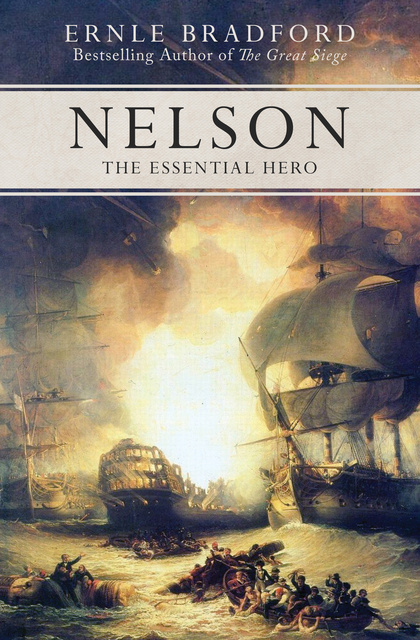 A gripping biography of Admiral Nelson, Napoleonic War hero and one of Britain’s greatest naval tacticians.

In the Battle of Trafalgar, Admiral Horatio Lord Nelson sent the signal from his flagship HMS Victory, “England expects that every man will do his duty.” His defeat of the French that day in 1805 was a decisive turning point in the Napoleonic Wars, establishing British control of the seas. His death in that heroic battle gave those words immortal significance.

For his bravery in battle and brilliance as a naval tactician, Admiral Nelson remains one of Britain’s most inspiring heroes. In this nuanced and lively biography, Ernle Bradford presents the man behind the legend. From his youthful days in the Royal Navy to his famous battles and scandalous personal life, Horatio Nelson is shown here in all his human complexity.