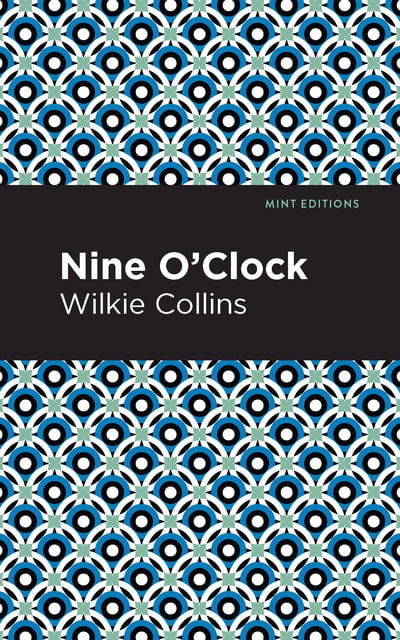 Nine O’ Clock (1852) is a novel by Wilkie Collins. Written in the aftermath of Antonina (1850), his successful debut, Nine O’ Clock finds the author honing the trademark sense of mystery and psychological unease that would make him a household name around the world. Recognized as an important Victorian novelist and pioneer of detective fiction, Wilkie Collins was a writer with a gift for thoughtful entertainment, stories written for a popular audience that continue to resonate with scholars and readers today.

At the height of the French Revolution, a group of prisoners awaiting execution is given the chance at one last night with friends and family. Elated, they feast and drink with their loved ones, exchanging stories of the past and even cracking jokes on the infamous guillotine, the very instrument of death they will face in the morning. Despite this general sense of hopeless joy, one man, Duprat, avoids the trend toward gallows humor, refusing to speak on the subject.

Pressed by his friend Marginy, however, a change comes over Duprat, who begins to reveal a strange foresight of his own impending doom. Beyond its sensational plot, Nine O’ Clock is a masterpiece of Gothic horror and mystery for seasoned readers of Victorian fiction and newcomers alike. With a beautifully designed cover and professionally typeset manuscript, this edition of Wilkie Collins’ Nine O’ Clock is a classic work of English literature reimagined for modern readers.