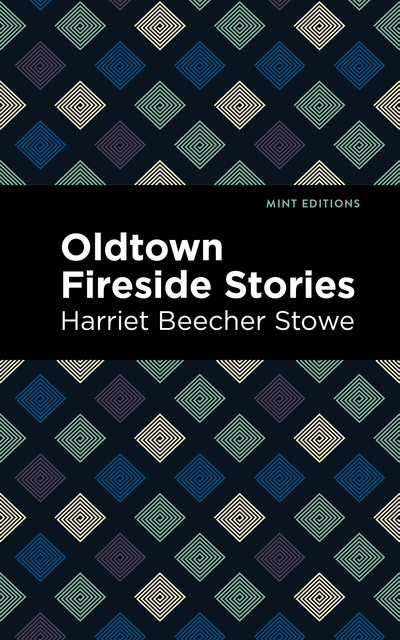 Oldtown Fireside Stories (1872) is a collection of children’s stories by Harriet Beecher Stowe. Although her career peaked with the publication of abolitionist novel Uncle Tom’s Cabin (1852), Stowe continued to work as a professional writer throughout her life. These stories capture her imaginative range and moral outlook while illuminating aspects of American life that would otherwise be consigned to history.

Two boys bored of provincial life ask storyteller Sam Lawson to spin them some yarns. Settling down by the fireside for the evening, the wise old man begins. In “The Ghost in the Mill, ” Cap’n Eb Sawin gets stuck in a snowstorm on the way to Boston. In need of shelter, he knocks on the door of the nearby mill to find old Cack getting ready for bed. After moving his team of horses into the barn for the night, Sawin joins Cack inside and soon falls asleep. In the middle of the night, however, a stranger arrives at the mill.

As unsure of who it is as they are of what could bring someone to the mill at that time of night, the two men prepare to open the door. In “Captain Kidd’s Money, ” Lawson tells the boys a story of buried treasure involving a notorious pirate who, despite being raised in a decent household, devoted himself to a life of crime. Humorous and frightening, inspired by history and legend alike, Lawson’s stories provide not only a night of entertainment to two young boys, but important morals for them to remember throughout their lives.

With a beautifully designed cover and professionally typeset manuscript, this edition of Harriet Beecher Stowe’s Oldtown Fireside Stories is a classic of American children’s literature reimagined for modern readers.