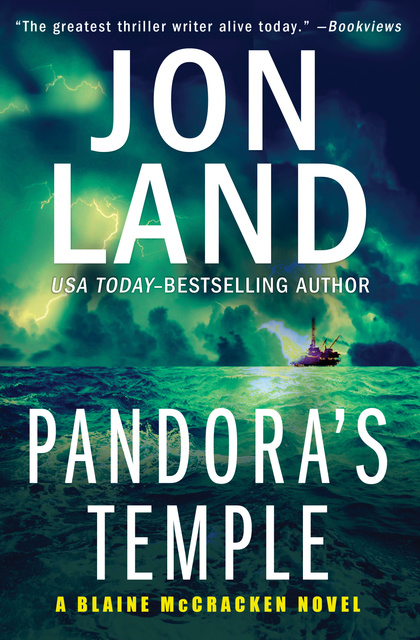 Blaine McCracken races to keep dark matter out of the wrong hands in a page-turner that “should be mandatory reading for all thriller aficionados” (Steve Berry, New York Times–bestselling author).

Rogue special-operations agent McCracken has never been shy about answering the call, and this time it comes in the aftermath of a deepwater oil rig disaster that claims the life of a onetime member of his commando unit. The remnants of the rig and its missing crew lead him to the inescapable conclusion that one of the most mysterious and deadly forces in the universe is to blame: dark matter, both a limitless source of potential energy and an unimaginably destructive weapon. Joining forces again with his trusty sidekick, Johnny Wareagle, McCracken races to stop two deadly enemies who want the dark matter at all costs. A powerful energy magnate and the leader of a Japanese doomsday cult both seek the ultimate prize for their own nefarious reasons, and McCracken and Wareagle’s mission to defeat them takes the duo on a nonstop journey across the world and thousands of years into the past where the truth lies in the ancient Pandora’s Temple, built to safeguard the world’s most powerful weapon. McCracken’s only hope to save the world is to find the mythical temple. Along the way, he and Wareagle find themselves up against Mexican drug gangs, killer robots, an army of professional assassins, and a legendary sea monster. The hero of nine previous bestselling thrillers, McCracken is used to the odds being stacked against him, but this time the stakes have never been higher. This ebook features an illustrated biography of Jon Land including rare images from the author’s personal collection.