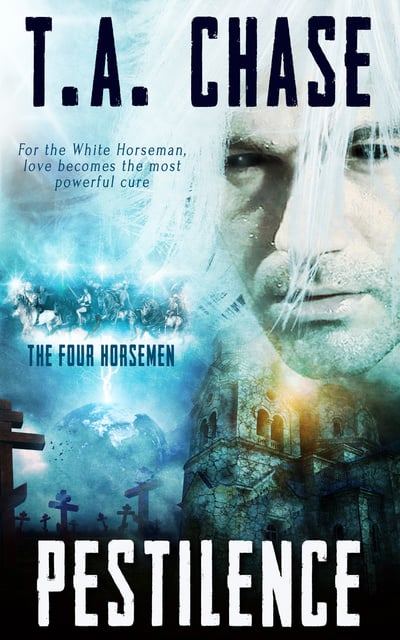 For Pestilence, the White Horseman, love becomes the most powerful cure. Having lost his wife and child during the Black Death, Pestilence accepts the fate destiny has given him as one of the Four Horsemen of the Apocalypse. For centuries, Pestilence did his job, spreading plagues and disease around the world. He does it to keep the balance between good and evil, yet he hates every minute of it. He longs to be left alone, but suddenly fate seems to have a different plan for him. When Bart Winston stumbles into an Amazon clearing, he's terribly ill and sure he's going to die. A tall white-haired man with unusual black eyes catches him in his arms and Barts life takes a turn into the unbelievable. Blaming the whole situation on his illness might have worked, but as he gets better and learns about the strange man who heals him, Bart must accept there are more things in the world than he ever guessed. Pestilence and Bart heal each other, and begin to wonder if there can be a future for the White Horseman and the mortal he's fallen in love with.