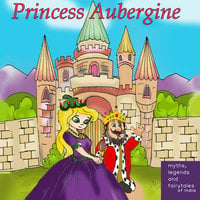 Princess Aubergine or Princess Eggplant is the story of a young girl who is born out of an eggplant. She is raised by apoor family, but she ends up marrying a King. But will the King and Princess Eggplant live Happily Ever After? Listen to this story, which has been revised and rewirtten by Amar Vyas and narrated by Sheerali Biju for gaatha story. (https://gaathastory.com). Audio editing by Albert Lakra. Theme music is titled Frost Waltz by Kevin Macleod (www.incompetech.com). Other sound effects from Soundbible, used under creative commons license.