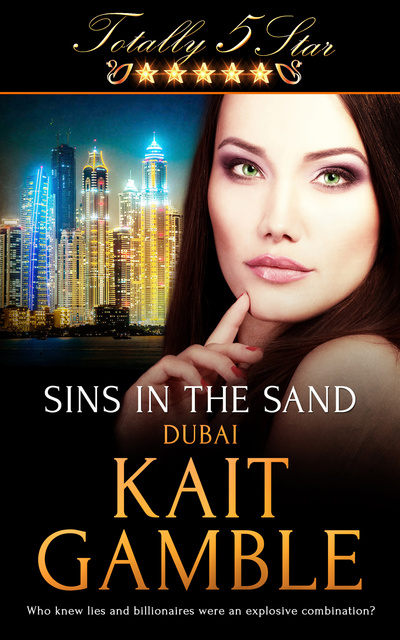 Sins in the Sand

Sins in the Sand

Who knew lies and billionaires were an explosive combination? Kendra has scrimped and saved to care for her ailing father and to keep bailing out a sister who can't seem to get her life in order. When Kendra is moved to Dubai and into a job at the illustrious Totally Five Star Hotel, she can't afford to let anything ruin it. So when a celebrity whom Kendra closely resembles doesn't show up for a big charity event and Kendra is recruited to take her place, she can't say no. After all, everything has been set up so that her deception wont be exposed... Only, no one could have predicted that rival billionaires Nikos and Dimitri would be at the event, willing to bid astronomical sums to win the dinner prize-time with Kendra. Or that the chemistry between her and the men would be so explosive... Overwhelmed and completely out of her depth, Kendra finds herself drawn to both powerful, enigmatic men, and they seem just as taken with her. But what will Nikos and Dimitri do when they find out the truth?