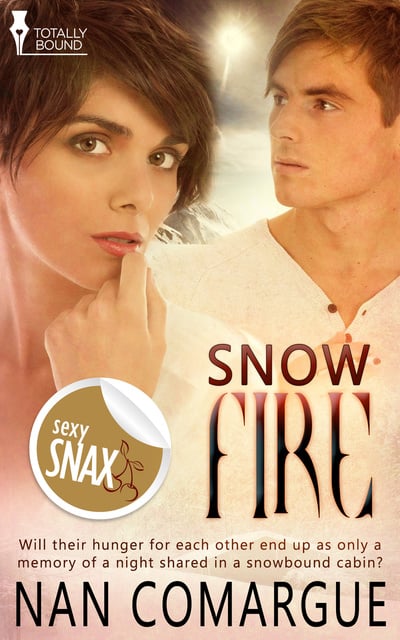 Stella’s sexy adopted step-cousin Callum comes back with strange new behaviors after his trip to his birthplace in Romania, making her wonder if she ever knew him at all.

Trapped in a snowstorm up on a secluded mountain, Stella’s family vacation turns into an eerie rendezvous with her adopted cousin Callum, whose sexy and mysterious edge has started to take on a dark undertone ever since he returned from Romania. So when two strangers show up at the remote cabin, she starts to suspect that it’s more than a coincidence that the men speak Romanian and are unusually interested in her cousin.

When the generator breaks down, Stella is forced to share a bed with Callum and their simmering sexual attraction bursts into hot flames. But can Stella find out what Callum’s hiding before the storm lets up? Or will their hunger for each other end up as only a memory of a night shared in a snowbound cabin?