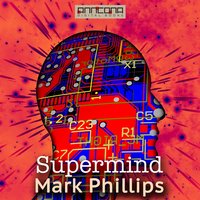 Supermind is a science fiction novel by Randal Garrett and Laurence M. Janifer under the pen-name of 'Mark Phillips', first published under the title Occasion for Disaster in 1960/61.

This third book after BrainTwister and The Impossibles concludes the story around FBI agent Ken Malone.

Kenneth Malone lives in a world where psionic powers such as telepathy and teleportation exist. He must cope with them as well as an FBI Director who leaves Malone continually confused about what situation he is being asked to handle and what he is expected to do about it.

Someone or something is causing confusion in the U.S. Government, Unions, The Mafia, and other sectors of society and Malone has been given the job of finding the source of the confusion. A good story composed of science fiction and slap stick comedy with a bit of romance thrown into the mix.