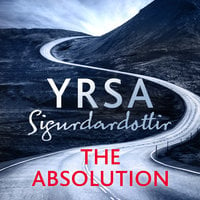 All he wants is for them to say sorry... In the latest novel from the Queen of Icelandic crime, Freyja and Huldar must stop a ruthless killer taking revenge on teenage bullies.

The first the police know of the crime is when clips are sent from the victim's Snapchat account, showing her begging for forgiveness. The CCTV at the cinema where she was working show her being dragged into the night by a masked killer. When the body is found, it is marked with a number 2...

Detective Huldar joins the murder investigation, bringing child psychologist Freyja on board to help question the murdered teenager's friends. Soon, they uncover that Stella was far from the angel people claim: a relentless bully, she made life miserable for those around her. Freyja suspects this led to her death - but she may be overly influenced by her own childhood. Huldar simply wants to find out if there is a first victim still waiting to be discovered.

Then another teenager goes missing, and more clips are sent. Freyja and Huldar can agree on two things at least: the truth is far from simple. And the killer is not done yet.