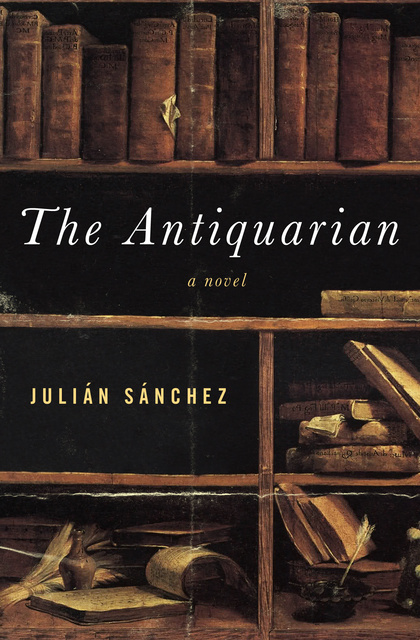 The Antiquarian: A Novel

The Antiquarian: A Novel

In this gripping historical thriller, the search for a mysterious and powerful object hidden in the heart of Barcelona leads to ambition, desire, love—and murder
An intriguing letter from his adoptive father, Artur, turns novelist Enrique Alonso’s world upside down. Artur, a well-known antiquarian in Barcelona, reveals that he has discovered an ancient manuscript, but he feels uneasy, as though he’s in over his head. But before Artur can piece together the final part of the puzzle, he is attacked and murdered. Enrique rushes to Barcelona to investigate his father’s death and retrieve the book. His ex-wife, Bety, a philologist, comes to his aid and the two set about translating and deciphering the encrypted text. Written in Latin and Old Catalan, the manuscript holds the key to the location of a priceless object dating back to the Middle Ages, and a secret closely guarded by the Jewish community living in the city’s Gothic Quarter. When Enrique and Bety realize they are not the only ones following the trail, it becomes a race against time to find the mythical object that has the power to transform lives.