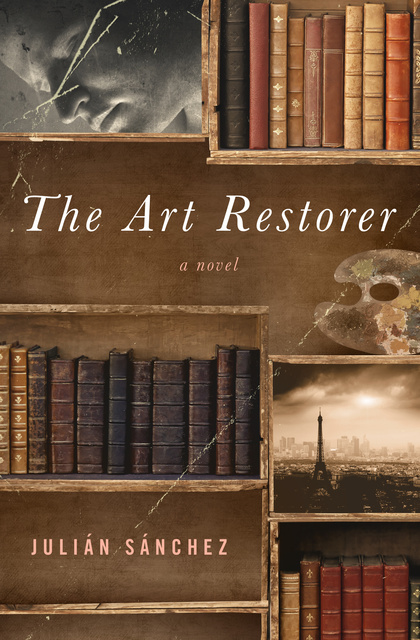 The Art Restorer: A Novel

The Art Restorer: A Novel

In this long-awaited sequel to The Antiquarian, the discovery of an enigma concealed in the paintings of the Spanish artist Sert proves the restoration of the past to be a fascinating but deadly business

Enrique Alonso travels from his new home in Manhattan to San Sebastián, Spain, to attend the reopening of the San Telmo museum, where his ex-wife, Bety, works in public relations. There he meets American Craig Bruckner, a retired art restorer studying the museum’s collection of works by Sert—a contemporary of Picasso and Dalí who worked for the most famous billionaires of his time and whose mural American Progress graces the walls of Rockefeller Center. When Bruckner is found drowned in La Concha bay, Bety suspects foul play and Enrique agrees to help her look into the man’s death. Their investigation reveals a mystery connected with Sert’s checkered past, which provides fertile ground for the new thriller Enrique is writing, and the plot develops in parallel to his research.

Enrique and Bety’s reconstruction of the artist’s clandestine activities during World War II leads them to Paris, Barcelona, and New York, and in the process forces them to face their own past. But they are not the only ones interested in Sert’s work, and it appears there is more to his paintings than meets the eye.