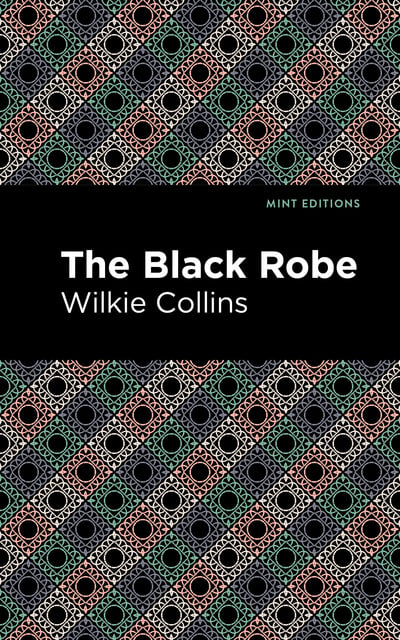 The Black Robe (1881) is a novel by Wilkie Collins. Written toward the end of Collins’ career, The Black Robe shows brilliant flashes of the author’s trademark sense of mystery and psychological unease, which made him a household name around the world. Recognized as an important Victorian novelist and pioneer of detective fiction, Wilkie Collins was a writer with a gift for thoughtful entertainment, stories written for a popular audience that continue to resonate with scholars and readers today.

While visiting northern France to attend the funeral of his aunt, Lewis Romayne, while playing cards, accuses a local gambler of cheating. Offended by the young Englishman, the man challenges Romayne to a duel, but sends his son in his place. Against the odds, Romayne—unaccustomed to fighting—manages to kill the boy, saving his own life. The screams of his younger brother, however, never leave Romayne, not as he returns to Yorkshire a changed man, not for the rest of his life. Back home, he attempts to regain a sense of normalcy, caring for Vange Abbey, the family estate, and making social trips to London.

In the city, he meets and falls in love with the beautiful Stella Eyrecourt, whom he marries. Meanwhile, a vindictive priest looking to gain control of the Abbey hatches a plan to convert Romayne to Catholicism and trick him into signing the property over in his will. Wracked with guilt and trusting to a fault, Romayne walks right into his trap.

Beyond its sensational plot, The Black Robe is a masterpiece of mystery and social critique for seasoned readers of Victorian fiction and newcomers alike. With a beautifully designed cover and professionally typeset manuscript, this edition of Wilkie Collins’ The Black Robe is a classic work of English literature reimagined for modern readers.