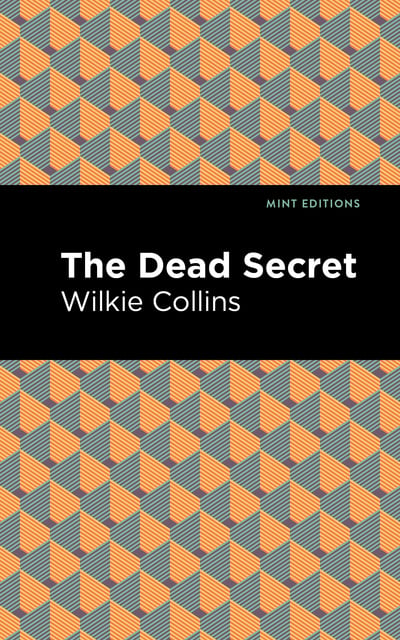 The Dead Secret (1856) is a novel by Wilkie Collins. Written in the aftermath of Antonina (1850), his successful debut, The Dead Secret finds the author honing the trademark sense of mystery and psychological unease that would make him a household name around the world. Recognized as an important Victorian novelist and pioneer of detective fiction, Wilkie Collins was a writer with a gift for thoughtful entertainment, stories written for a popular audience that continue to resonate with scholars and readers today.

Born in Porthgenna Tower, Rosamond Treverton is a child of secrecy. Her birthmother, Sarah Leeson, became pregnant after an affair with a local miner. Unable to raise her daughter, she allowed her to be adopted by Mrs. Treverton, the lady of the Tower, herself unable to bear children. Sworn to silence, Sarah leaves a hidden note in a room at Porthgenna before disappearing into the night. Years later, the Tower has been inherited by Rosamond, who continues to live there with her husband Leonard Frankland.

When she becomes pregnant, a strange nurse arrives to take care of her and soon reveals the secret of her birth, threatening Rosamond’s control of Porthgenna Tower and the Treverton family fortune. Beyond its sensational plot, The Dead Secret is a masterpiece of Gothic suspense and mystery for seasoned readers of Victorian fiction and newcomers alike.

With a beautifully designed cover and professionally typeset manuscript, this edition of Wilkie Collins’ The Dead Secret is a classic work of English literature reimagined for modern readers.